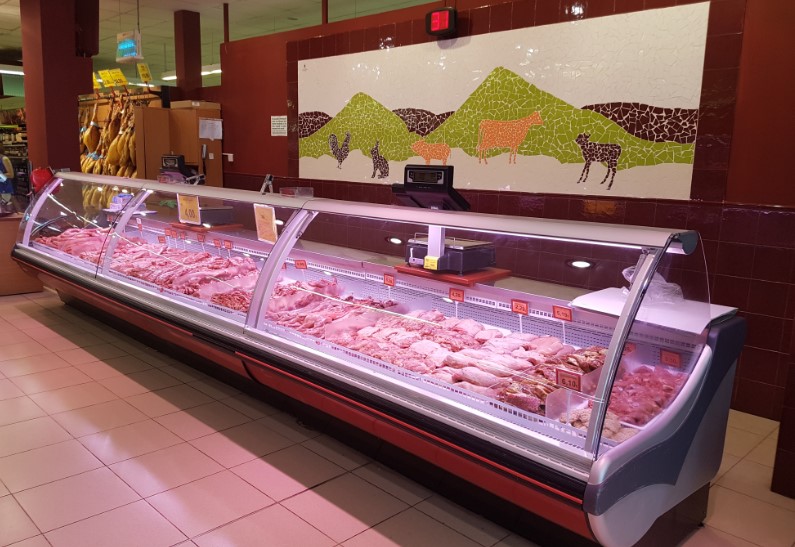 The consumer and food trade media is full of stories about “the end of meat as we know it” and, indeed, we’ve been banging on about “non-meat meats” for months – and for good reason. In the USA, plant-based burger companies Impossible Foods and Beyond Meat (which will be in UK restaurants and on shop shelves in 2018), lab.-grown “clean meat” Memphis Meats, Modern Meadows growing collagen-rich leather from animal cells, egg-mimicking mayo-producer Hampton Creek,  and others have attracted over $1 Billion in start-up finance from the likes of Bill & Melinda Gates, Li Ka-shing, Google’s Larry Page and other Silicon Valley noteables. Their rationale is partly altruistic but, partly, driven by the belief that the agriculture and food industry is due for massive disruption just as, concomitantly, the way that food and groceries arrive in our homes is being transformed via electronic platforms à la Amazon and Alibaba, and recipe kit start-up companies such as Hello Fresh and Blue Apron, with delivery agents Deliveroo and Uber Eats spreading like wild mushrooms across the globe. We recognise that there are pundits aplenty who take a cynical dyspeptic view that most of the above are ne’er-do-well Ponzi schemes that are bound to implode. Indeed, many will not make it but, do you doubt Amazon’s ability to change the rules of the grocery retailing game? Getting back to meat, available in 19 countries is 32 year old mycoprotein Quorn, now owned by Monde Nissin of The Philippines. Hardly new on the block, Quorn within the next couple of years will be the first $ Billion meat analogue in our world and it continues to cheekily labelling itself as “Meat-Free Chicken”!

Let’s nail our dietary preferences to the mast” David is a meat and 3 veg. baby boomer – a solid meat supporter although a little girly on portion size; Generation Xer Miguel is Spanish (or he may be – he’s from Barcelona , you know!) and Iberians wallop back way more meat per capita in toto (including seafood) than Brits do and consider vegetarian a term of abuse. Our headline views on meat include the following:

Savvy shoppers can feel cavemen for a day!

But, because we’re brainy (or, at least, brainier than most chimpanzees), social and emotional we’ve got some issues we have to handle with meat and, in particular, with red meat which are both real and perceptual:

So, where are we? Meat industry folk have got a lot of issues on their plate to address; whereas ironically, in rich countries, consumers will have less meat on their plate! The impact of the above issues, the growing interest in plant-based proteins, flexitarian diets et al will all chip away at meat volume purchases per capita in our markets. But, Hallelujah – consumers with money are signalling that they might wish to eat less meat but, certainly, they want to eat better meats. Thus, the opportunity and challenge to work out what consumers value in their meat products and are willing to pay more for.

A good start would be for us to recognise that millennial and centennial consumers (and there are 4 billion of them worldwide) don’t awake with the driving ambition to have red meat today. Soylent devotees apart (you know, the meal in a bottle folk), most consumers expect the food industry to come up with tasty, affordable and quintessentially convenient meal and snack solutions and NOT problems. Yet, the antediluvian “half shoulder knuckle on” lamb product still lurks in the freezer bins of most supermarkets – acknowledged only by poor pensioners and dog lovers and eschewed by anyone under the age of 40 as they recoil from the apocalyptic sight that puts them in mind of an axe murder. We’re astonished that some retailers still display fresh meat by species – i.e. the beef/pork/chicken/lamb sections – and not by usage/occasion – e.g. meal in under 10 mins./special friends coming/for the kids sections. But don’t start Miguel ranting on about the British foible of having special dumb meals for children. “What’s wrong with giving them smaller portions of whatever the adults are having”, he says. You know those quirky Mediterraneans!

Whilst increasing protein intake is seriously on-trend with many consumers, there’s much more than red meat in their protein selection set. Remember, too, that the 3 meals a day approach to feeding the body and social soul is fragmenting. Mini-meals and snacks are the order of the day. Red meat snacks? Ah, the renaissance of jerky. Miguel was at a fish conference in Dublin last week and dashing through the airport he noticed the protein-on-the-go product below. A snip at £3.59 per 25 grm. pack. Do the maths and rejoice in the commercial anticipation of opportunities for brain-building, story-packed red meat! Red Alert on Red Meat? Beef and Lamb have their issues, but let’s celebrate that they are premium products and ensure that consumers are happy to pay more for them.