Back in 1933, soap detergent company Procter & Gamble sponsored “Oxydol’s Own Ma Perkins” daytime radio show and soap operas were born! Post-War, the “goggle-box” arrived and we’ve been huddled together watching the ubiquitous soaps for decades. Food companies got into the game: Domino’s Pizza and BirdsEye sponsored The Simpsons. But, the notion of the “nation’s favourite” laundry detergent or food brand has dissipated – weakened by encroaching supermarket private label, promiscuous shoppers chasing price deals and, more recently, the gnawing perception by not least millennial consumers that Big Corporates are Bad and Smaller are Sweeter!

The 1930’s Advertisements for Oxydol were Soap Operas in Themselves! 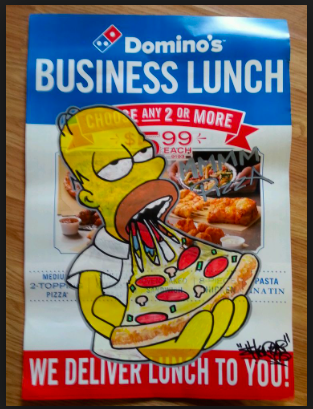 In fact, there’s been a collapse in trust of erstwhile élite institutions such as government, the church, non-government organisations, the media (true or false news?!), particularly social media (trusted by less than 25% of Brits), and business, not least global companies. Grumpiness about the latter varies substantially by country: the French are the most dyspeptic (hasn’t it been ever thus “La Bonne France, L’Autres  sont Terrible”!), Brits are sceptical by nature, Americans generally positive and the Chinese, ironically given their Communist status, laissez-faire and happy to embrace international brands! Mind you, it’s not surprising that the Chinese are generally happy with their lot – there’s more than a few citizens of democratic countries that would trade their voting franchise for a long sustained period of income growth and “things getting better for my family”.

On trust, “Big Food & Drink” has fared badly this decade, as we’ve reported in previous blogs. As issues relating to consumer health, the environment, worker welfare, etc., have become more widely discussed, big corporates have been perceived more of being part of the problem rather than the solution. Let’s be clear, it’s a nonsense to think that the answer is to revert to small-scale, but Big F&D has been ponderous and, often seemingly reluctant, to align their values and performance to meet their customers’ requirements. Let’s give 2 cheers to Kellogg’s in the UK who announced in November last year that it was cutting sugar content in kids’ breakfast cereals by 40%. Child obesity didn’t pop up as a problem in 2017, Mr. Kellogg! And, then, there’s Coca Cola promising that by 2030 all its packaging will be recyclable – much too little and much too late would be our view, lest the oceans be a squidgy mess of plastic waste by then! Or the gob-smacking promotion this month from IHOP (International House of Pancakes) in the USA – the country firmly in gold medal position in the OECD Obesity League Table.

We think that 2018 will see an acceleration in the transformation of the global food and drink industry. Sieving through the plethora of “Food Trends for 2018” that arrive with the New Year, we like Innova Market insight’s top trend “Mindful Choices” which identifies increasing consumer concerns about the health of the family and the health of the planet as current  Millennials enter the family “nesting” stage of their lives. In 2007, 1% of global new product launches identified environmental and ethical attributes – in 2017, the figure was 22% (Mintel Global NPD Base). Is this just corporate greenwash? No, Big Food is on to this, or at least some of them are. Unilever and Nestlé are clear leaders but here’s a quote from Danone’s CEO: “our business is inherently reliant on agriculture, so we will help transform the food system, and work with our partners to build regenerative models of agriculture based on healthy and resilient soils”. When did you last hear a word from a food and drink company that acknowledged that its business had anything to do with soil!

On environmental matters, and particularly the global food industry’s impact, we’ve passed the tipping point. Sometimes it just takes a little nudge – a 5 pence charge on a supermarket plastic bag and usage is slashed (UK). It’s got little to do with the financial penalty and much more to do with the increasing awareness of the impact of plastic waste on our environment (and the guilt of being an indiscriminate plastic bag user). The BBC’s riveting Blue Planet II has taken this concern to a higher level – note the headlines “Plastic killing our precious sea creatures” (for goodness sake, sanctify Richard Attenborough!).

The most recent and pivotal manifestation revolves around non-recyclable coffee cups and whether there should be a 25 pence (35c) charge. The charge won’t materialise because it won’t have to – increasingly, consumers will make it unequivocally clear that if the cup isn’t recyclable, then, they won’t buy it. That’s why we feel that frequent criticism of over-packaging of food in the UK is currently valid but shortly to be passé. This is a great area to show a first mover initiative – note Iceland supermarket very recent promise to remove all plastic packaging within 5 years. Be assured, in a very few years, if packaging isn’t at least recyclable but preferably compostable, then, the product won’t be purchased. There’ll be no premium paid for recyclable/compostable packaging, but there will certainly be a discount on products which are not!

We mustn’t ramble on, so, back to building trust in the global food and drink industry. Reflecting back on the past 60+ years, “those in charge of our food” has changed from big food and drink manufacturers usurped by monolithic retailers (hey, it was only a decade ago we all thought Tesco would bestride the retail world and Amazon was a Ponzi scheme and Alibaba a fairy tale character). Now, the internet has brought huge social challenges but, in the world of food and drink, it has moved power firmly towards the consumer-citizen. A bit late in the day maybe for some in the industry – if we had worked out back in the early-1990s that doing clever stuff with plant genetics required the sign off from consumers before we got too far down the pike would have saved us a lot of grief on GM food. However, then, we weren’t smart enough to grasp that working on the basics of life required us to gain a licence to operate from those that paid our salaries and took the risks of our actions i.e. consumers.

Jeff Bezos, in the process of building the challenger of Walmart and Tesco.

It’s a fact, Consumers Rule OK! They demand transparency and traceability along the supply chain. Increasingly, they’re interested in how the products they put in their families’ mouths are produced, and where and by whom – why wouldn’t they be? Particularly because they are of the mind that the food and drink industry has been sparing in information presented heretofore and, occasionally, economical with the truth on its costs and benefits.

This upcoming decade may well be a watershed for food producers – and we mean the farmers and fisher folk who produce, to use an old-fashioned term, the ingredients which comprise our daily fare. Actually, from a consumer trust perspective, in general, farmers are well placed (maybe to their surprise). Research from Canada, for example, shows that farmers are more trusted than other food chain participants – such as retailers, manufacturers and government regulators; although, trust levels have slipped right across the food chain in most recent years. Canadians see their farmers as being competent but needing to work on providing greater transparency in their farming operations. A similar picture is evident in the USA: government, farmers and food manufacturers are all held responsible to ensure safe food for the nation, but farmers (along with our own family members and the local doctor!) engender much more trust than the others. Big Food and big business in general lack trust, whereas smaller-scale operators are perceived more benignly. If there is a pervasive view that “Small is Beautiful”, then, this is both naïve and problematic – small can be cute and cosy but, of course, it can be under-resourced, ill-trained, under-regulated and downright sloppy!

There is a big issue for farmers, too, on consumer perceptions of scale in agriculture. Big farming/factory farming is demonised whereas smallholder farming is fêted. The rhetoric surrounding messianic support for the small-scale producer reminds us of Primrose the pig in George Orwell’s Animal Farm mindlessly chanting “Four legs good, two legs bad”. Most UK consumers, for example, would have no idea of what number of cows would constitute a large or small dairy herd. In fact, what is portrayed as gargantuan and the worst sort of industrialised farming by activists would be seen as barely economic in, say, South Island, New Zealand!

Clearly, one can’t usefully lump farmers (or any businesses) into arbitrary categories based on land plot size, sales, etc. The world over, there are good businesses and bad businesses and, fingers crossed, let’s hope there is sufficiently robust regulatory frameworks in place to weed out those that are noxious! For a producer of a “finished” food product sold to a consumer, however, what is much more important than in the past is the story associated with the manufacture and procurement of the ingredients that comprise the final product – the primary producer is an integral part of the food team. This wasn’t the case in the history – ingredients appeared automatically, almost by magic! The farmer is now maybe the most important part of the food integrity team. Those farmers that can deliver this on a sustained basis will earn a premium for doing so, after all, they are carrying the brand integrity torch on behalf of food brand owners.

In the future, expect to see primary food producers much more upfront than in the past. It’s already happening – note the coverage that small-scale coffee and cocoa farmers receive in advertisements from the likes of Nestlé, Cargill, Kraft Heinz. McDonald’s puts egg and potato farmers in its advertisements. Danone is talking muck and farming! The worm is turning! Farmers are becoming increasingly fashionable and deserve a premium for their fashionista status. This doesn’t mean that every farmer should become a media star. There’s a lot of farmers who would put the fear of God up a consumer. But farmers do need to be more on the front foot. We like the farmer-led campaign to promote milk products and dairy practices in the UK –  #Febudairy. Let’s see some “agri-proactivity” as it shouldn’t just be the bailiwick of vegan special interest groups to trample unfettered across the twittersphere when communicating with impressionable consumers. Finally, in Agriculture’s “A Team”, make sure there are real farmers who are personable, attractive to the eye, with media training to carry the banner for the agricultural industry! 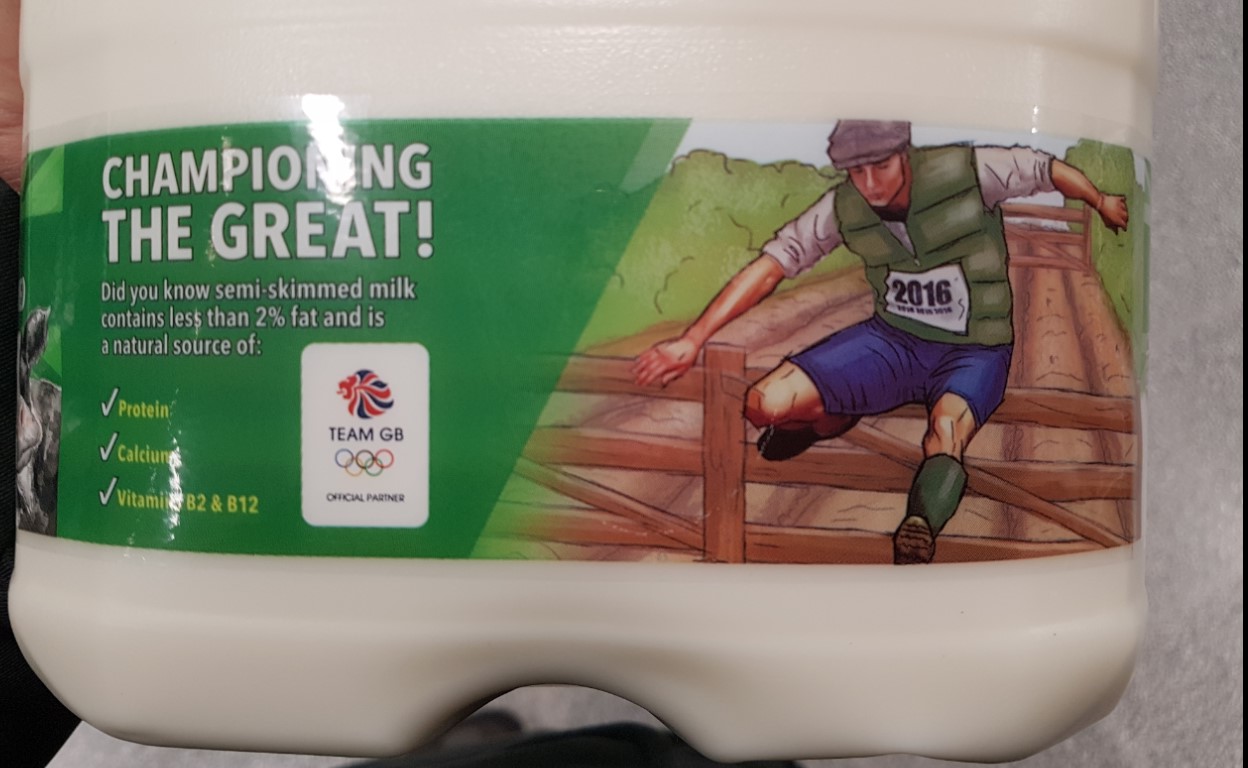 Aldi sponsors Olympic Team GB and picks the most athletic farmers to supply them with milk!